Private or Public School? How to Choose When Moving Abroad? 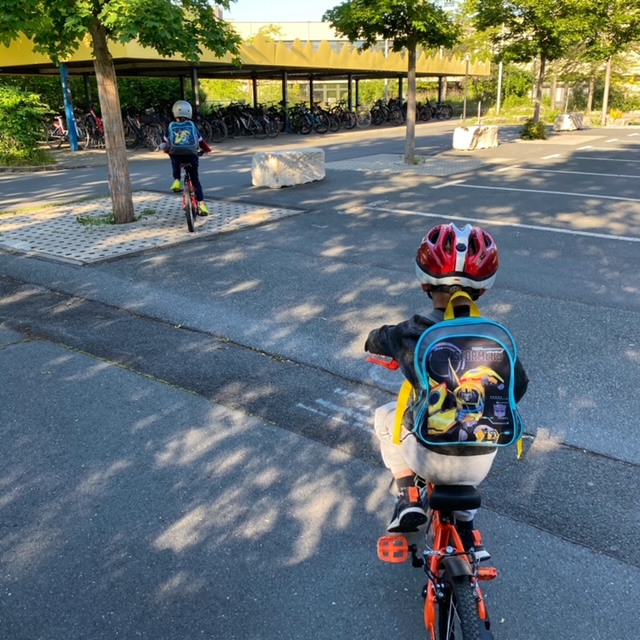 You’ve finally decided to solidify the move and make the jump abroad. Congrats! Now to clear the lump in your throat and cross off the next hurdle (if you have kids) ...where to enroll them in school. Should you go the private route or localize them into a public school? There are private institutions in most countries which speak the local language. But for the purpose of this article, I'm speaking of private international schooling. And unless someone has made the decision for you, it’s a tough one. Here are seven tips to hopefully make the choice a little easier. Private or Public School? How to Choose When Moving Abroad?

Research country parameters. Truly, this should be one of the things you look into prior to moving. I say this because in some countries, foreigners don't have a choice. There can be varying reasons: safety, religion, or not solidifying permanent residency are a few factors that would hold you back from choosing local education. If you have the ability to explore further, then check out the seven factors below!

The age of the children makes all the difference in the world. If they are in the younger elementary age range, it’s easier to transition into a local school. Kids are resilient at any age- but the younger they are, the easier it is for them to integrate.

If a relocation to a foreign country is two years or less, you might want to think about enrolling kids into an international school. The curriculum, culture, and language will be similar to what they are accustomed to. Although, I’m scripting this from an American viewpoint where choosing an international school would be most aligned with what a parent would experience in US schools- whether public or private.

Placing your kid into a local school with weird-to-them customs and a language they can't comprehend doesn't exactly set them up for success. But if you think you'll be in your new home country for more than a couple of years, you might lean into giving it a shot. Not only does it fully integrate the children, but it gives them the opportunity to make friends in their specific community. I've seen this make a significant impact on children feeling more comfortable and settled in their neighborhoods.

To some, this can be controversial. But honestly, it’s probably the biggest factor in the decision making process. Some employers will write it into the employees’ contract. It sweetens the deal. Others, it can be a blatant deal breaker.

It can come down to several thousand out of pocket or none at all. A lot of people cannot afford to fit that into their monthly budget. My biggest piece of advice on this subject would be double and triple checking your contract. If it is a non-negotiable for you, then rework those finances to make it happen.

Note: Every company is different. Some will only cover tuition costs for one child and no siblings. Others have calendar limits - even if you don’t have a local contract. For example: the employer picking up the educational fees for only three years, even if the employee decided to stay for ten years. At the end of those three years, you will be faced with this decision all over again. Do you pony up the funds out of pocket or make the switch to local schools. Lots to consider.

This one is huge and kind of goes hand in hand with age. The mind of a child is a complete sponge. The younger they are, the easier it is to adapt to a brand new culture. From my experience, we put our boys in local play schools at the ages of 2.5 and 4 years old. The younger one was in more of a baby/toddler class where they weren't expected to speak much. However, he absorbed everything the teachers were saying. My eldest was placed into a pre-K type of class where he was expected to speak back and hold conversation. No doubt, it was more stressful for my eldest. The first six months were rough. It was difficult for him to make friends and challenging to express himself to the teachers. It was terribly hard on my momma heart, because he is my outgoing child who LOVES being around others. It wasn't long after that, though, that he was inviting friends over after school and they were communicating strictly in Deutsch. Simply amazing to observe! I feel like because my youngest was exposed to a new language at such a young age, he sometimes now prefers to speak in German over English. Utterly dumbfounds me with happiness for him.

HAVE YOU THOUGHT ABOUT THIS: How are YOUR language skills? Are you taking a class to learn the local language? If integrating your child is important to you, also think about the effect it will have on you as a parent and your home life. Could you communicate properly if volunteering at the school? What about talking to athletic coaches or mentors for after school activities? Can you actively help your child with homework in a foreign language?

If you are leaning hard towards a private institution, check the enrollment deadlines. If a company is sponsoring your move, they *might* work magic to get your brood enrolled. It's not always the case though. And it can be especially tricky if you are doing it all on your own. Public schools are much easier to gain enrollment, especially in your zoned area of housing.

If you are affiliated with a certain type of religion, this could alter your choice of schooling. While there are plenty of faith-based private schools out there, the public school system in Germany is very much so centered around religion. This took me a minute to wrap my head around, because separation of church and state happened decades ago in America. If we desired a faith-filled schooling option for our children back home, then we would have 100% chosen a private school. Here in Germany, it's a bit different. There isn't so much of a division between church and state. I was surprised when enrolling my eldest that he had a religion class, and we had the choice of Protestant or Catholicism teachings. Ethics class is also offered in place of religion. But I was still shocked a religious class was an option in public school, especially in the primary years.

Important for all but mainly teenagers. Double and triple check how the credits are recognized globally and how they could transfer back to your home country in case of repatriating. The curriculums do not always align. If it's a possibility to send your high schooler back "home" for university, then I would spend some time researching how current grades/credits will be accepted. For example, the global curriculum and testing scores of International Baccalaureate (IB) schools are generally acknowledged anywhere in the world.

Leaning more towards the international route? Check out this article from expat magazine, Yay For Today. Make an informed decision on these beneficial talking points. Questions to Ask When Choosing an International School

All in all, deciding how to educate your child in a foreign country can be a heavy decision. Just as every child is different, one school might not be the best option for all in your family. While one might thrive better in a local school, another child might be better suited for a private institution.

Lots of options to weigh, but I hope this quick list helps with the process!

How to Normalize Learning with Technology Through the Pandemic

*note- I am not against homeschooling. In fact, I was previously an English/History teacher for the middle school years prior to moving abroad. I love all things about education, but it is illegal in Germany. The sole content of this article is to discuss weighing the important factors when choosing private versus public schooling when moving abroad.