5 Things to See on a Long Weekend in Krakow 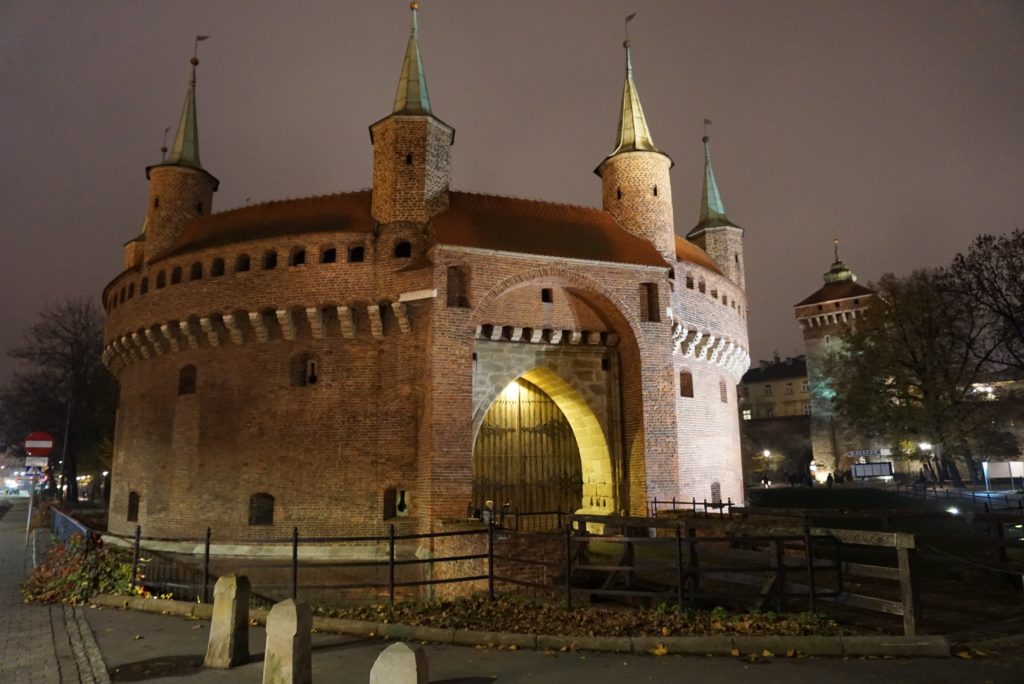 We stumbled across 10 euro flights to Krakow and thought about it for a mere second. A decent AirBnB popped up, so we took it as a sign! Tickets were booked, and we were well on our way to Poland. A new country for everyone in the family and a destination we knew little to nothing about. It gave me the opportunity to discover the top 5 things to see on a long weekend in Krakow. Off we go- a cocktail for blind adventure awaits!

The sheer importance of #1 deserves patience in its explanation of being saved until last. It's powerful and quite profound.

Going with small children, I will hands-down say the number one best thing we discovered was this restaurant. Since moving away from southeast Asia, we hadn't found such child-friendly establishments as this. It.was.GOLD! Per typical tourist code, we ran a Yelp search for dinner with a focus on "family-friendly." Guys, the entire second floor of this establishment is a padded, gated, playground. We asked to be seated near the stairs, since our little guys were 2&4. We at least wanted to keep an ear out for them. We ordered, ate, and up they went. What?!

Hubby and I ordered a second drink and thoroughly enjoyed our pretend date night. We enjoyed ourselves so much that we went back the next night! Completely unheard of behavior for us. The food is amazing, and drink selection is decent. If you want free, dinner-time, babysitting that utterly tires out your kids, then go to Pod Wawelem- Kompania Kuflowa!

I mean, who wouldn't want to frolic in a gorgeous courtyard surrounded by a centuries old castle wall secured by a fire breathing dragon?? That's right. An iron, dragon statue puffs large plumes of billowy fire. Not to be missed!

Be sure to check the local schedule for when the fire breathing dragon releases its fury. It changes by the seasons, and you don't want to miss it!

I know. I know. I'm in a foreign country and search out a LEGO museum? But seriously, this place is a hidden gem. You can learn loads about the history of Poland through the LEGO exhibits and 3D displays. Our boys were over the moon to see these larger than life figurines. Their dad took them, as I found myself venturing to Auschwitz and Birkenau on a day tour. As a former history teacher, it was a stark opportunity that I jumped on. Much too dark for the boys though. With the mixture of horror and extreme sadness at the concentration camps, hubby decided to send me on my way and have a day of exploring elsewhere for them.

They were stoked! The boys rubbed arms with Minions, Captain America, and my eldest was ecstatic to see Bumblebee in person.

The central hub of Krakow, has been sprawling with pubs, cafes, museums, shops, churches, hotels, and historical landmarks since the 13th century. It's still going strong and is a must-see stopping point.

Within the square is St. Mary's Basilica and the eloquently designed Sukiennice Cloth Hall.

The controversial statue, known to the locals as "The Head" is situated on the eastern side of the square where you will also find an array of street performers.

This 40,000 square feet mecca will provide your entire crew hours of entertainment.

As always- the divine food, unique beer, and grandiose architecture steals my heart on every trip.

See Also: If you're a runner, check out Planty Park surrounding the walls of Wawel Castle. Hubs was training for a half-marathon and enjoyed the scenic trails through the park.

If you are interested in history, I highly suggest a tour of Oskar Schindler's Enamel Factory- a world-class museum of contemporary art and the renovated former administrative office of Schindler, who saved over 1,000 local Jews during the Nazi occupation.

Walking a prisoner's steps in Auschwitz concentration camp is the single most vital recommendation I will ever give someone while traveling.

It is also tied into a walking tour of Birkenau- a nearby, yet dramatically different concentration camp. Intense, dark, yet overwhelmingly humbling- this place alone gave me the perspective of never having a bad day ever again. Birkenau hit me much harder than Auschwitz. Worth every penny and ounce of time invested.

Both concentration camps are incredibly different. If you are in the Krakow area, I would find a way to put both Auschwitz and Birkenau on your list. Every human being on the planet should visit. But if you are in the area, the tour is a must.

Want more tips on how to prepare for these life-altering trips with kids? Click below to sign up for my newsletter!

5 Common Sense Tips to Prepare For a Visit to Auschwitz